I stood there stunned as I listened to my husband’s accusation, my thoughts in a confused whirl. How can he say that? Of course I respect him.

His words haunted me over the next few weeks as I watched my marriage crumble. A friend gave me the book “Love and Respect” and when I read the respect portion, conviction hit me hard. It said that men need respect like oxygen, and the lack of respect is so destructive in a relationship. I realized that not only did I not respect him, but I didn’t even know what respect means. In fact, I didn’t even know what it felt like for me to be respected. It was outside of my experience. Deep down, I didn’t even believe I was worth respect. How can we give to someone what we don’t even possess?

There are defining moments that change the entire course of our lives. For me, one of the most significant was the day I was facedown on the ground in repentance before God for my lack of respect in my marriage and the hurt that had caused my ex-husband. I asked the Lord to do whatever it takes to change me and to produce respect in me because I didn’t even know what it was. I didn’t want to ever treat anyone disrespectfully again, and I wanted my kids to grow up in an environment of kindness and respect.

God began to answer that prayer. One of the first things He did was show me that He respects me.

What? The God of the universe respects me? How is that even possible?

In our human limitation, we tend to base our respect for people on their actions and performance. But God bases His respect for us on who we are as His own, and who He is. It’s unconditional.

Respect means to have regard for, to look with favor on, to take notice of, to consider worthy of esteem and honor.

Respect acknowledges the free will of the person and their right to decide and choose.

God created us with a free will and He respects our will more than anyone else does. Even when it means that we don’t choose Him or His ways. He longs for us to choose to be in relationship with Him, but He does not force us.

Respect recognizes and affirms the intrinsic value of another person. It makes the other person feel big and important, not small and insignificant.

Jesus showed respect in the way He treated the poor, the outcast, the sinners, the untouchable lepers, the children, the women – people in His day who were not given respect or esteem. He invited them to be with Him, He listened to them, He engaged in conversation with them, He defended them, He healed them.

Over and over again, when Jesus encountered someone in need, He asked them, “What do you want?” and then He did it for them. He tells His disciples (and us), “I will do whatever you ask in my name, so that the Son may bring glory to the Father. You may ask me for anything in my name and I will do it.” John 14:13, 14

And we are encouraged, “Let us come boldly to the throne of our gracious God. There we will receive his mercy, and we will find grace to help us when we need it most.” Heb. 4:16.

We have a God who listens to what we say, who takes it to heart, who acts on our behalf for our ultimate good.

Respect builds up, gives honor to, trusts to handle it.

From the beginning, God entrusted the leadership and care of His world and all its creatures to men and women. Despite countless failures through history, He continues to trust us to handle the stewardship, expansion and rule of His kingdom.

“What is man that you are mindful of him, the son of man that you care for him? You created him a little lower than the angels and crowned him with glory and honor. You made him ruler over the works of your hands.” Ps. 8:4-6.

One of the most vivid examples of Jesus showing respect is after Peter had failed miserably and denied him three times before Jesus was crucified. After His resurrection, Jesus pulls Peter aside and asks him, “Do you love me?” Peter is ashamed of his own failure and fully aware of his inadequacy to love and follow Jesus like he had emphatically claimed. But Jesus is not shaming him. Instead, He tells Peter, “Feed My sheep.” He is re-affirming Peter in his God-appointed role of proclaimer of the gospel and shepherd of the new flock of disciples. He raises him up to a high position of leadership and trusts him to handle it. Then later, He sends His Holy Spirit to empower Peter to do this, and Peter is a new man.

At a core level, being treated disrespectfully sends the message that you are worthless, insignificant, inadequate, disregarded. This creates so much pain in our hearts that a normal response is anger. Respect is so powerful because at the core is a message that you are valued, capable and strong, worthy of my notice, esteem and regard. This is a deep need of the human heart that God takes pleasure in satisfying.

When I let the truth of this really sink into my heart and take root, it begins to change how I treat other people. There is tremendous freedom in discarding that old limiting mindset that says, “if they don’t behave in ways that I can accept or approve of, then I won’t respect them” and instead, embracing with humility the Lord’s way of looking at people, and inviting the Holy Spirit to produce that same respect in our hearts for others. 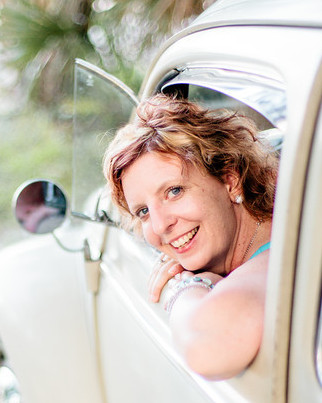 Very good, Angela, much food for thought and consideration. How do we treat others? each other? Are we so concerned with our 'rights' that we don't consider the other person? Jesus is all about relationships. That's why He came, to renew that relationship with God and us.