A Piece of Tin

A few months ago I went to the DMV to get a personalized license plate. I took my number and when it was my turn went to the counter with my license, registration, proof of insurance and the letters I wanted. I was prepared. I had thought of everything. The woman at the counter was quick and efficient. She told me the price, had me double-check the lettering, and so on. Smooth, quick, easy.

“Do you want ‘In God We Trust’ or ‘Sunshine State’ on the bottom of the plate?”

I froze. It was like the gears in my mind jammed. What do I pick? Tow a party line? Resist the Christian culture label? Seize my right to express my faith on a piece of tin so that the guy tailgating me knows exactly where I stand? And who is “we”? Me and my fellow (American) Christians? Me and the Republican Party? Me and the DMV lady? The gears ground back and forth while she waited patiently for my internal theological crisis to pass.

I regret it. I’m ashamed to say my decision was a conglomeration of superstition (God will be mad if I don’t put his name on the back of my car), patriotic algebra (In God We Trust=Good American; Sunshine State=Communist), and Christianity via capitalism (the more stuff I own with God’s name on it, the better the Christian I am). I didn’t trust God. I regressed to trusting a political and religious viewpoint that looks Christian by western standards, but has very little in common with the views and actions of Christ himself.

We fight about the “In God We Trust” phrase a lot here in America. Some see it as an expression of the religious freedom our forefathers fought for; others see it as a slippery slope toward the religious tyranny our forefathers fought against. The argument typically falls along partisan lines.
However, with the presidency at stake in this (truly bizarre) election year, the Democratic and Republican candidates are working to convince their Christian bases of their religious convictions.

Jesus told us how to recognize false prophets when he said, “They come to you in sheep’s clothing, but inwardly they are ferocious wolves. By their fruit you will recognize them. Do people pick grapes from thorn bushes, or figs from thistles?” (Matthew 7:15-16) Somehow we seem to forego this test when it comes to politics. We pledge allegiance to a party platform that addresses the issues we find important and ignores those we don’t want to acknowledge. We drink in political rhetoric that feeds our anger and fear, and we justify our gluttony, saying “he’s just saying what we’re all thinking.” We turn a blind eye to deceptiveness in the name of social progress. We take the political candidate who will save us from our political or economic or social boogeyman and convince ourselves that he or she is the answer. On a news report from the RNC a few days ago, I heard two evangelicals explain their decision to get behind the candidate saying, “we have to save our country.” Really? Is this the priority of Christian America, to be its own savior, in the name of God?

There is a word for that: idolatry.

To exchange the Creator of the universe—“who so loved the world” that from the instant humanity fell, He has pursued us, grieved over us, suffered and died for us (John 3:16)—for a little red, white and blue god we created and nailed to our theologically selective political platform is idolatry.
In his sermon on Jesus and politics, Pastor Larry Kirk said, “The fact that the relationship of Jesus to politics isn’tisn’t just simple, easy; the fact that it is a little bit complicated… is a very important truth for Christians to understand…[W]hat Jesus intended was never primarily—like Islam or some other religions—that his followers would seize power in his name, create a government and try to change human hearts through legislation alone.“

Think about this. Jesus had all the power in the world, literally. Yet, he didn’t come to take Israel back from the Romans or to create a more moral society. He didn’t encourage the Jews to seek political power. That wasn’t what he wanted. That is what the Jews wanted, and they wanted it so badly that when the Savior came they not only did not recognize him, they collaborated with the government they hated to execute him.

Again, from Pastor Kirk’s sermon: “There is a pattern of life that actually brings a profound change into the world… [W]hat we see… as he (Jesus) stands there seeming so vulnerable in the presence of Pilate is actually a pattern of life that is marked by trust in God, love for people, and humble service. And those things sound weak. But who is the most powerful of the four players on the scene: the priests, Pilate, Barabbas, or Jesus? The way we will change the culture is not ultimately by confronting it or attacking it but serving him in it.”

God wants much more from and for us than a Christian nation where we are comfortable. Will it bring him joy if we “save our country” by keeping his name on our license plates and currency and his commandments in our courthouses but don’t care anything for the people of our society other than that they conform to Christian values?

Their conformity won’t save them; it will only make us feel less threatened.

If we prefer that to Christ’s mandate to preach the gospel, to love our enemies, to pray for our persecutors, to welcome the alien, to care for widows and orphans, then we are selfish Pharisees indeed. 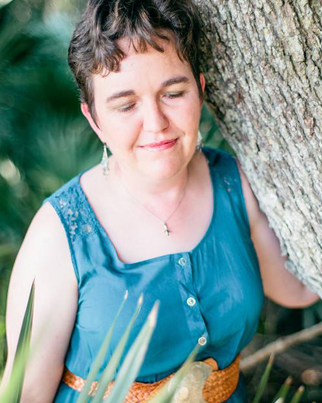 Deconstructing inclinations to "trust in chariots and horses" is never easy when speaking to a culture, and, in so respects, our contemporary church culture. You've done a great service to the cause of Christ by placing in relief what folks should not just read but understand and internalize. Thank you for your exposé of how double-mindedness (James 4:6) has crept into so many otherwise self-presuming Christian minds. It always irks me when I hear politicians or others say "God bless America." Okay, perhaps not ill-intentioned, no malice meant. Just the obligatory parsley on the plate--an exercise in triteness as a tag-on phrase. Not even words on a tin plate but mere words floating in thin air. Wouldn't it be awesome
if we heard a politico cry out "May America bless God!"