God's Word Isn't a Board Game

From childhood to adulthood, I’ve always enjoyed the experience of that board game with 255 squares and those tiny wooden tiles. The game that forces me to acknowledge that my vocabulary and spelling acumen isn’t always up to par—Scrabble. For the recreational player it’s about a test of vocabularies. However, what I lack in my treasury of cold stone acceptable dictionary words to link with other ones on the board I try to make up for with gamesmanship. I always exhaust the word Ra, the Egyptian sun god (that is, when I’m not challenged for it). And then there’s the unbridled and ever reliant “id”. It goes without saying that I guard my 10-pointer letters, “z”, “ q”, and those 8 pointers, “j” and “x”. I patiently wait in anticipation for just the right moment to slap these babies down on that red square, sporting a victorious grin and gloating over my monosyllabic word that rewards me with a triple word score. Oh, I adore my fez and wiz and zip and zap! At times I even pride myself on using high-value three-letter words such as “axe.” I even recall entering the ethereal world of master-class by using a four-letter polysyllabic word with a high-value letter—oxen (that’s an 8 pointer in there folks!). However, remaining an amateur, I was never granted to a wordsmith button!

Now, moving away from the kitchen table or the living room, Scrabble is also played on the international level, comprising an amazing number of world-class players. However, in this world of professional Scrabble the dictionary isn’t considered a treasure chest of the beauty and intricacy of language. It’s merely a giant database. There, it’s all about cold memorization and mathematical probabilities. Words exist only as utilitarian threads to other words with which to score points. It’s basically knowing how to spell a word without any concern for the meaning. But at least it’s in your own language.

Enter Nigel Richards of New Zealand, who entered the French-language Scrabble tournament in Louvain-la Neuve, Belgium in July 2015, and took first place. Great! So? Someone always wins, right? Yes, but there’s a twist. Nigel Richards doesn’t know or speak French! Rien! So how did he accomplish this amazing feat by even beating a French speaking rival from francophone Gabon in the final? A glance at his methodology explains his unmatched cunning in knowing how to make the tiles dance to his granitelike lexical beat.

"He won't know what [the words] mean, wouldn't be able to carry out a conversation in French I wouldn't think," Liz Fagerlund, former president of the New Zealand Scrabble Association and a friend of Richards, told the New Zealand Herald. Richards just memorized a French dictionary that includes all French words made of two to 10 letters. "To him words are just combinations of letters," Yves Brenez, the competition's organizer, told France TV. "I’m perhaps exaggerating a bit, but he comes up with scrabbled (words of seven or more letters) that others take 10 years to know.” That triumph was in a foreign language, so Richards knows his Scrabble and how to win. He has also held several English-language U.S. and world championships.

Words matter. Why they matter is a question of perspective on their usage and end. That’s why the contrast between God’s use and gift of words, of language, and the objective of world-class professional Scrabble couldn’t be greater. Through the one, God’s words, memorialized in the writing of the Bible, are intended for a different end. God’s words are living and active (Hebrews 4:12) and conveyed to bring a person into God’s presence, temporally and eternally, by pointing to the Champion who uses words to draw people to Himself by God’s grace.

In the other, a person is a champion by dint of their own efforts and is pointed nowhere else than to the next match.   This Scrabble quest ends where it begins--with the player himself in front of a board of wooden lifeless tiles whose meaning is superfluous.

In the one, divine words are intended to attract us to a recreated linguistic life by their meaning. In the other, the “winner” is left in a solitary existence to merely revel in their own ability to place letters of the alphabet on a board in successful linkage.

Words matter. In God’s divine purposes, the meaning of His words may stand on their own and/or string to other words from His perfect voice so that you don’t have to “scrabble” for them. God doesn’t want you groping or rummaging around for some hidden meaning in His Holy Scripture like some trained hog sniffing out a truffle. God’s words are the revelation of His nature, the glorious purposes for His creation, and the sweeping redemptive narrative of mankind. And He wants you to know it through understandable language; your native tongue or another.

Words matter. God’s language breathes life--into all His many words and eternal life in His embodied Word. Like flowers, the nectar of all of God’s words pollinate each other, blossoming into the singular and supreme Word made flesh in the God-Man who bundles them into a bouquet for us to carry as a lexicon in our souls. Memorizing words by rote wasn’t His “gamesmanship.” Rather, through the mystery of the Trinity, God’s preincarnate Word created the world. Through His Incarnated Word Jesus has won and is winning all those who God the Father has given Him (John 17:6, 24) as His master-class prize—His glory and our blessing.   It all breaks forth in the highest-value word there is in any language—gospel. It’s the loveliest, grace compacted word that resonates in polyphonic echoes in the heart that is truly searching its meaning. Words do matter. The Incarnated Word, the Lord Jesus Christ really matters.

was with God in the beginning. Through him all things were made; without him nothing

was made that has been made. In him was life, and that life was the light of men.

These are the words and the Word of God. 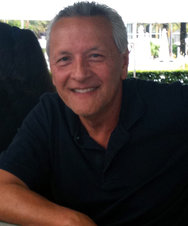